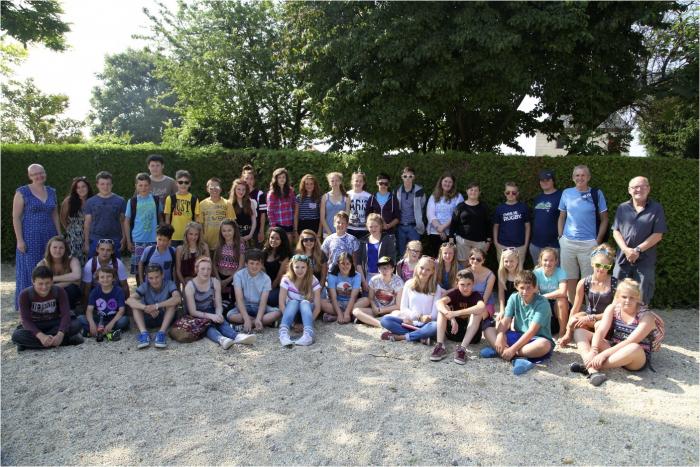 In the last week of the summer term, the MFL department took forty-four pupils to Normandy in France for 5 days where we had an amazing time!  We left really early on the Monday morning and caught a ferry over to Normandy from where we had a short drive to the accommodation.  We love staying where we stay as we have our own building and the dorm rooms are light and comfortable.

Over the course of the next 5 days we visited American, British and Commonwealth, and German cemeteries, a 360 degree cinema which tells the story of Normandy during World War Two, the Bayeux tapestry, some French markets where the pupils tested their French (with great success!), Mont St Michel, Pegasus bridge, the beach numerous times, the local area, a shopping centre to buy some last minute presents, and then we came home to recover from a fantastic trip!

Everyone really enjoyed the trip and had a brilliant time with many of them asking if we could make the trip for year 9s only next year (rather than year 8s) so that they could go do the trip all over again!