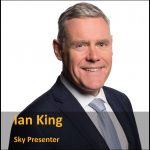 I left Park School in June 1983 and then went to North Devon College for two years to do ‘A’ Levels in Biology, Chemistry, History, Law and General Studies. I then went to the University of Manchester where I studied History.

I took a year out to edit the student union newspaper, Mancunion, graduating in 1989. I then went to work for the Midland Bank for a few years – working on a trading floor in the City of London, predominantly, after a few months back in the West Country. I then did a postgraduate diploma in newspaper journalism at City University and straight after the course joined the Daily Telegraph as a business reporter.

I have now been a financial journalist for more than 22 years, working subsequently at The Guardian, the Mail on Sunday, The Sun and The Times, where I was the Business & City Editor.

In April 2014 I joined Sky News as its business presenter and have been doing that job ever since. It’s great fun. I love the world of business and telling people about a subject that some find complicated and confusing.

A good memory was doing the Duke of Edinburgh Award. One of my specialisms was sailing and my mates and I were greatly helped by Tony Pratt, our Geography teacher, who took us out on his boat at Instow. He also came on Tim Edwards’ Italy trips. That’s the thing you don’t really think about as a kid, but that I do now as a parent – the effort that some teachers make, supervising after-school clubs and the like. Going the extra mile.

My advice – work hard. No-one is obliged to give you anything, there are no hand-outs in life. And follow your dreams. I always wanted to be a journalist but wasn’t able to do it straight after university, so I worked hard in banking for a few years in order to save up the pennies and put myself through the postgraduate course that I knew would help me achieve that ambition.

Although it seems like it goes on forever, school is a very short period in your life. So keep plugging away at things. Regrets are terrible things to have – don’t leave school with any 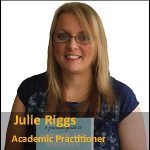 Since leaving Park School, I have been fortunate to travel and work around the world. I started my career working as a health and safety advisor for a leisure/holiday company and progressed to global strategic roles leading health and safety practitioners across corporate organisations. During this time, I completed my MSc in Occupational Health and Safety Management and a Doctorate (DProf) in Environment with Middlesex University. I also conducted additional activities, such as conducting UK wide research looking at mental health in the workplace, I presented the findings to a select committee in the House of Commons.  I have been interviewed by a Times Reporter, featured in safety trade journals, interviewed for four BBC radio programmes including an invited guest on the Jeremy Vine show.  I currently work for a consultancy whereby I write and deliver training material for degree students. However, I believe that a career does not have to be 9-5, but you can add flexibility to your role and shape your career with portfolio work.

Firstly, I would state that ‘Kingsley rules’ and was always the best house, led by a truly inspiring House Head and art teacher Ken Doughty. His influences still remain, particularly a common phrase he would use all the time of ‘go for it’. He was unrelenting in his support and gave huge confidence to his students. I also had an incredible Form Tutor and French teacher, Chris Ley who inspired, made me laugh and was a strong role model in my life. I particularly enjoyed music, technical drawing, science and history classes, but took the initiative to engage in all activities across the school, from Duke of Edinburgh, Young Enterprise to the school bank, sports teams, drama and music activities, which gave me a more rounded view of life.

I loved my time at school and have so many fond memories, At 15 I didn’t really know what I wanted to do with my life. I also put myself into a category of believing that I was fairly average academically and therefore my options were limited. But I eventually realised I could be whoever I wanted to be.  I have learnt that with hard work, dedication and being tenacious you can achieve anything. I strongly believe that education gives opportunities and choices in life. Do not consider yourself to be disadvantaged, as education creates a level playing field for everyone.  I would reassure myself that life is an exciting adventure, get out of your comfort zone and do not fear the next steps. Do not worry about failure, nothing is permanent, you will learn from it and strive forward with even more vigour. Choose the good side of life (stay away from negative people and experiences that are self-harming). See life as a continuous learning journey, not just something that you leave behind after completing school or college. Finally, live your life with passion and make a pledge to yourself to return one day to Park School to share your life’s story and inspiration. 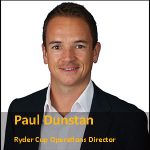 Since leaving Park School in June 1998 I attended North Devon College and took a GNVQ in Leisure and Tourism (Sept ’98 – June ’00) which was followed by a year working to gather funds for university. In September 2001 I started at Buckinghamshire Chilterns University and studied Sports Business Management and Golf Studies which included a year living and working in North Carolina, USA. I graduated in September 2005 and spent some time in Barnstaple working at North Devon Leisure Centre whilst applying for jobs within the sports industry.

In the spring of 2006 I was successful in my application to the European Tour and started working as an Events Intern in April 2006. Since joining I progressed from an Intern to Assistant Championship Director working on more than 50 global golf events including five Ryder Cups, most recently I have been promoted to Operations Director for the Ryder Cup which is the position I currently hold.

I liked the community feel of Park School, everyone seemed to know everyone, both students and teachers, without actually trying to make it that way it felt like a naturally safe environment. Standout memories would be some of the trips we went on – year 7 residential to Exeter and the year 10 trip to Bude for an activity week. I was always more keen on the sports side so can’t honestly say I enjoyed any of the lessons except for PE! 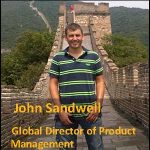 When I left Park School I went to college to study ‘A’ Level maths and physics. After my first year I decided to leave and join the RAF as an Aircraft Electrical Mechanic. I served just under 3 years and realised I wanted more qualifications so I bought myself out of my 9 year contract and got an Engineering apprenticeship in Barnstaple.

I gained an ONC and HNC in mechanical Engineering at this company. I then moved onto AMP (now TE Connectivity) where I currently have worked for 22 years. I then studied further to gain an HND and then finally a degree through distance learning from Plymouth University.

My current Job Title is Global Director of Product Management and my Employer is TE Connectivity Ltd. TE employees 72,000 people and earns more than $12 billion dollars a year.

The Great Wall picture is from a work trip to China where I go regularly and lived for a 3 months assignment. I actually spend around 50% of my time travelling, visiting my staff in California, Shanghai and Czech Republic and also customers throughout the world.

When I was a student at Park I was in Drake house and now my children are Drakes as well. My favourite lesson was History with Mr Coates he was so inspirational and drove me to be confident in attitude and demeanour if you love your subject.

My motivation in life is “play to win”. What I mean is whatever you set your mind to, be the best you can be and always strive to better yourself as only you can do it.

The message I would give to reassure my 15 Year old self would be “Don’t panic as no-one knows where they will be in 20 years time but if you believe in yourself and put in 100% you will achieve what you want in life”.

At 19 in the RAF I realised that I was going nowhere and I had the courage to take a leap of faith and leave to pursue a future I knew I wanted. Now I am in the top 200 managers of a Fortune 500 company and travelling the world. So never stop believing in yourself! 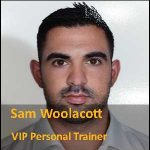 When I left park in 2004 I didn’t really know what I wanted to do as a career, I started a few different college courses and jobs over a period of 5 years I’d say, but I didn’t really know what I wanted to do. I always loved sports and fitness so I finally decided on taking a Health Exercise and Fitness course at Petroc which was a yearlong course and I decided to stay on and do another year to qualify as a Personal Trainer. When I completed the course I applied for a position in Dubai as a Personal Trainer in Fitness First and was flown to UAE to start a new life. That was 6 years ago and I haven’t looked back since.

My current job title is VIP Personal Trainer for a high profile person (cannot disclose). I currently train a high profile business man which involves a lot of international travel I spend roughly 3 weeks a month travelling to many countries and cities around the world with my client supporting his nutrition/fitness/business/security and personal needs. It’s a very high pressure job and I’m constantly exhausted from travel. There is also very little room for error, one mistake could cost him millions and me my job. However it has its rewards financially and has been an awesome
experience meeting VIPs, learning from them and making connections.

I have loads of fond memories of Park, a lot of teachers have had a lasting impression on me specifically Mr Ley my French teacher his humour and sternness were second to none, Mr Poole my English teacher who taught me it was never to late to try hard and kept believing in me when many would have given up. And my old tutor Mr Williams and Head of House Mrs Hevingham (Robins) for having patience with me.

My motivation in life has always been to be the best I can be. I’m lucky my career overlaps with my passions and has allowed to make money from doing the things I love like playing rugby, running obstacle races and representing different companies and countries in varying capacities. The message I would give is very simple, I’d say “Do not give up on yourself it’s never too late to make a positive change and believe and trust in yourself.Life is too short to worry about little things.”

Are YOU a past student from The Park Community School or Barnstaple Grammar School?

Could YOU contribute something back to your old school/community?

Could YOU help motivate and inspire current students?

Park School Alumni has teamed up with the education charity FUTURE FIRST, who are helping us to reconnect with our former students and involve them in our current school life, whether they left last year or 50 years ago.

If you are a past student or know of anyone who would like to give something back to their old school or even just stay in touch and attend a reunion, then all you need to do is to get them to sign up at:

Past students can help in any of the following ways: