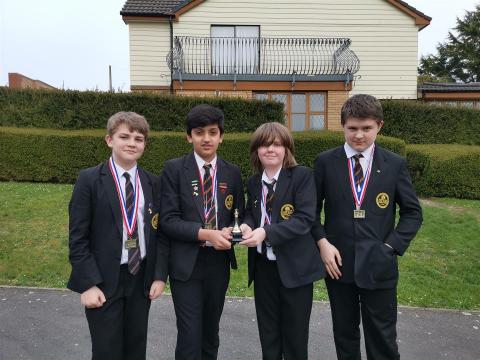 Our A team won the competition with a record of four wins and one draw (the draw was against Park B team). Our B-Team came joint 3rd with Braunton A, Braunton B came second.

Both teams played exceptionally well especially as they are mainly Year 8s and had to play against 6th formers and Year 10/11s in some games. There were teams representing Ilfracombe, Braunton, Pilton, South Molton and Torrington .