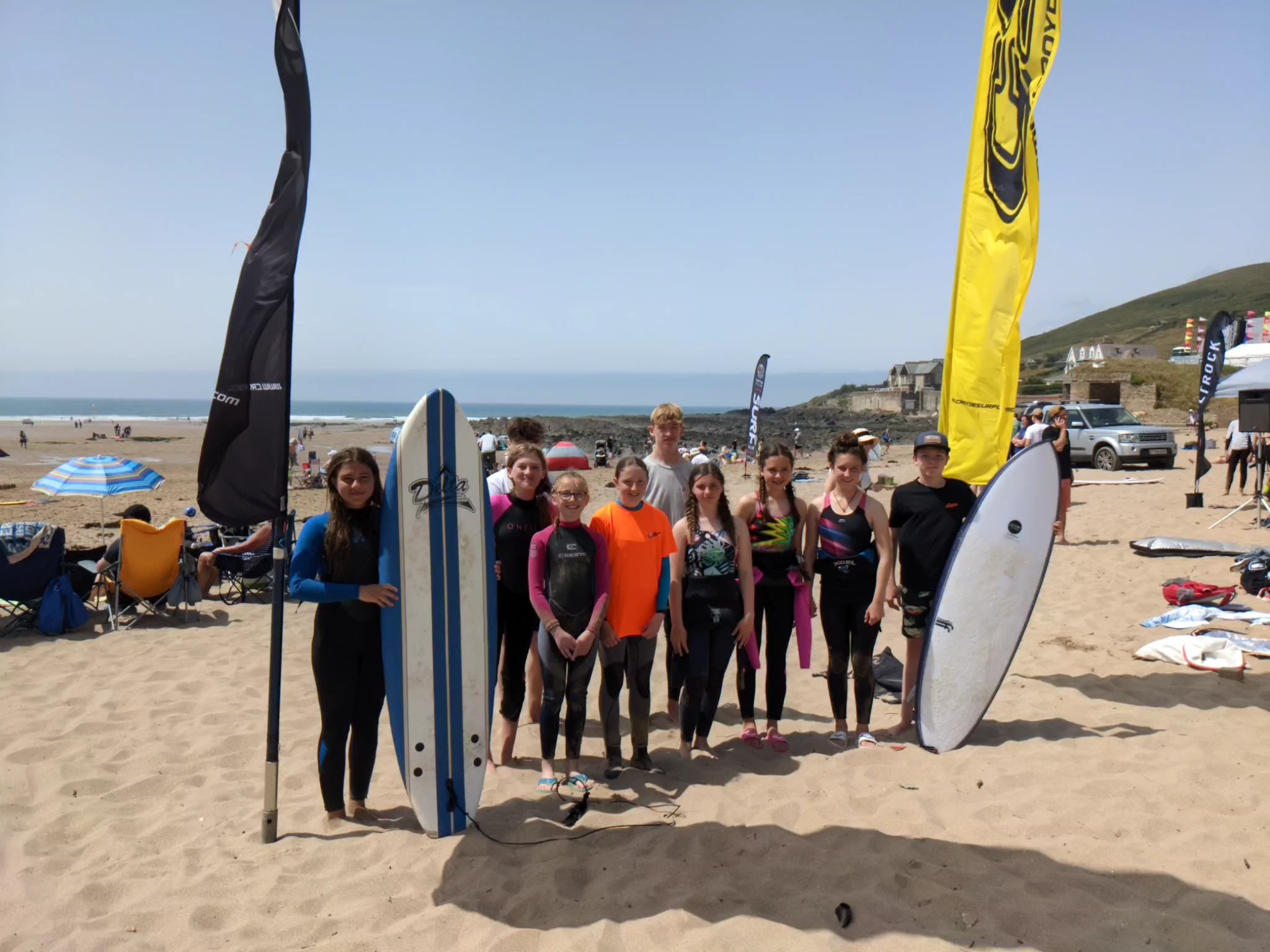 An amazing effort was shown by all of the team today at the North Devon Schools Surf Competition. Particularly well done to Evie Sweetman who reached the semi finals of the Open Event! As well as competing in the surfing competition, students also collected discarded plastic on the beach and made pledges as to how they would have a positive impact on the environment.