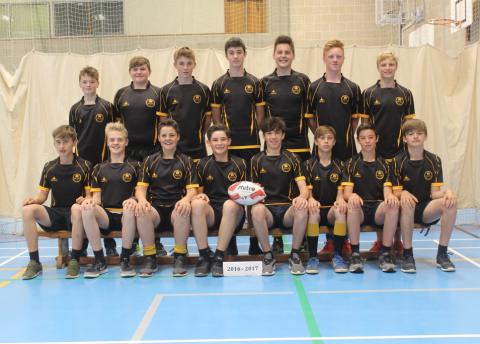 On Tuesday 9th January, Year 10 rugby team competed in the school cup county competition semi-final against Pilton. The first half saw us playing downhill with both teams testing each other’s ability. Harry Cram scored the first try of the match, followed by two further tries by the determined Alex Jones and Peter Berry. Llewyn Jago was on great form with his kicking. Pilton managed to score a try prior to half time.

The second half we had to play up hill and showed some determined defence in keeping Pilton at bay, despite having not trained together since before Christmas. In true Park spirit we secured the win with two further tries, the final score being 33 – 19. Thanks go to Mr Priest for refereeing the match and the support we received from the sidelines. We look forward to the final at Bideford on Tuesday 16th January, KO at 4.30pm . Good effort lads and thank you Mr Blanchard.