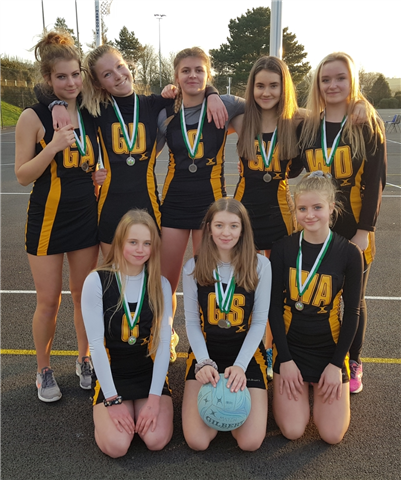 They then faced Braunton in the semi final. Park played brilliantly and were easily the stronger team, winning 13-5.

Park were positive going into the final against West Buckland, knowing that Braunton only lost to them in the pool stage by 1 goal, but unfortunately the game didn’t start well for the Park girls because in the first minute our centre suffered an injury and was in too much pain to play on. This changed the dynamics of the team and left them feeling slightly rattled. Nevertheless every member of this squad is strong and every player left on the court gave it their all. West Buckland’s goal defence was especially strong, which made shooting against them incredibly difficult. Park were 2-0 down after the first half however they learnt from their mistakes and fought back hard in the second half. All girls worked together to get the ball into the two shooters and they managed to score 4 goals. Unfortunately West Buckland scored another 3 which meant that Park missed out on the gold medal by 1 goal with the final score being 5-4 to West Buckland.

I am so proud of these eight girls! They all played brilliantly and I could not fault their effort and determination throughout every game, particularly in the final. Well done girls!